How do we get beyond the scepticism, hostility even, that many therapists have about using measures of outcome in their practice? Openness to considering the evidence that routine use of measures can improve client outcomes is a good start. From there, perhaps we can start to see measures as simply another way in which we can gain feedback on client progress. 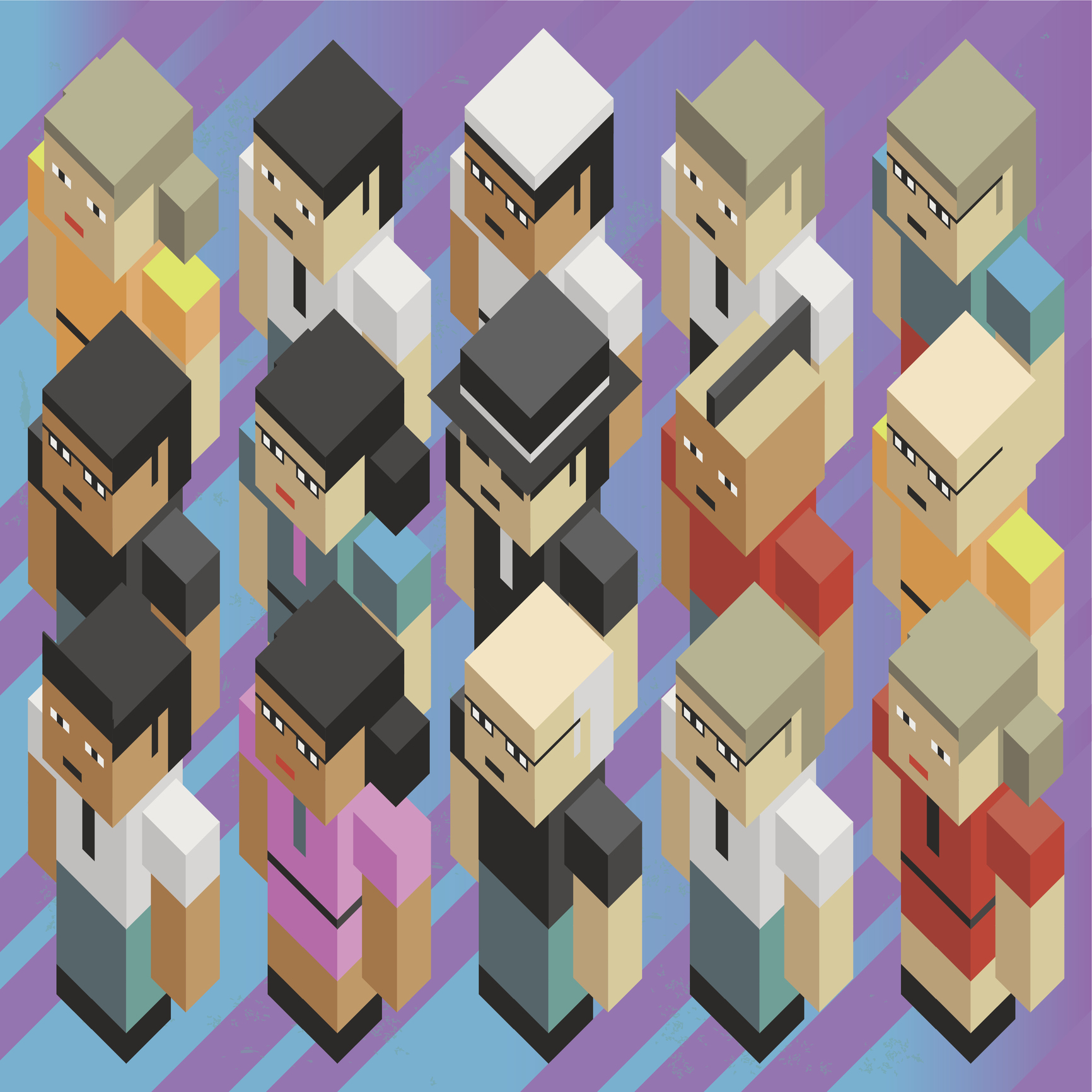 ‘Making measures human’ was the title of a piece I wrote for my research column in Therapy Today exactly five years ago. In that column, I reflected on my experience of the challenges of introducing outcome measures into routine practice. Five years on, I’m reflecting on my reflections.

In that piece I outlined how my approach to training therapists to implement measurement had changed based on experience. In the early days, I would start workshops by going into detail about the ‘science’ behind the measures. As time went on, however, I came to realise that many participants felt alienated by this. They needed something more relational, something more human. They needed an early hook.

And so, I began to open workshops by asking people to complete an outcome measure for themselves, and inviting them to reflect on their experience. In short, making the measures human. The effect on participants’ engagement and understanding was immediate and significant.

An invitation to you

Here’s my invitation to you – to complete a measure now, especially if you do not use measures in your practice, or you have never actually completed a measure yourself. It will take no more than five minutes of your time. Here’s how:

When you’re done, let me ask you this.

How did you find that? Was there anything you noticed, anything that surprised you, anything that concerned you? How was it just spending a few minutes with yourself? 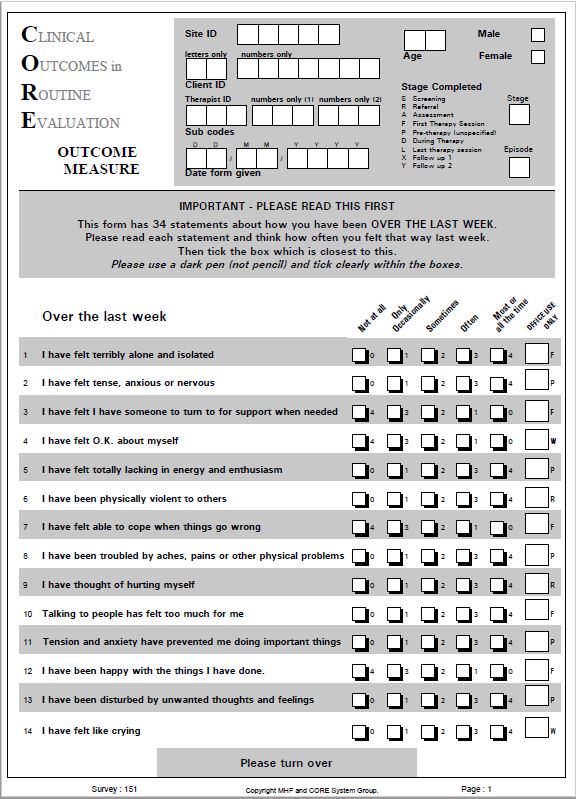 Some participants would say, and still do, that this was the first piece of quality time they had spent with themselves for as long as they could remember. For others, it was a reminder of troubling issues still unresolved. Each of which, I would suggest, has a rightful place in the therapy space. The fact that we can also score these measures to numerically assess the level of a client’s distress should not detract from their uniquely therapeutic potential.

In five years, has anything changed?

What proportion of therapists use measures as a matter of routine? What proportion do so with any degree of enthusiasm? The answer is that we don’t really know.

Five years ago, when I was part of the BAPC Workplace divisional executive, I conducted a study into how practitioners and services in the workplace sector were measuring effectiveness and impact. [i] Of the 132 practitioner based responses, 75% indicated that they used measures of outcome or impact. A very sizeable majority (73%) of respondents were either generally, largely or highly positive about the value of measures.

In a survey of practitioners working with children and young people signed up to a practice research network, conducted by BACP in 2014, 62.5% indicated that they used routine outcome measures.

To what extent these examples are in any way representative of the wider therapy field isn’t currently known. My sense, however, is that antipathy towards using measures, even downright hostility, is probably more widespread than these two examples might suggest.

You can lead a therapist to water….

The therapy research literature is awash with evidence of the beneficial impact of using measures of outcome, as well as alliance measures. Research which shows improved outcomes, reduced dropout, and therapy delivered more efficiently. Yet how many of us are familiar with this evidence, and to what extent does this influence our practice?

As well as the field of practice, the world of professional therapy education seems not to have caught up with the world of therapy research. 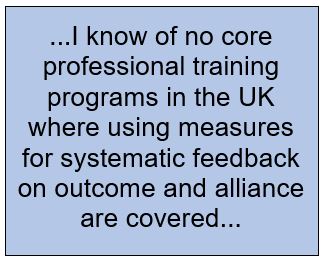 I know of no core professional training programs in the UK where using measures for systematic feedback on outcome and alliance are covered. If you know differently, please leave a comment below. In a world where therapy services are moving towards routine use of measures, this gap is hard to understand. It does not serve us nor our clients well.

If we as practitioners can find spending a few minutes with ourselves useful, even if we sometimes need the excuse of a measure to do so, then perhaps clients can too. If we can see the benefit, drawing on our experience as well as the research, then we can surely find a way of communicating this to the client.

In twenty years of using measures, I can count on the fingers of one hand the number of clients that have declined to complete a measure. If there’s a problem, it lies not with clients, but with ourselves and what we may project onto clients.

With some evidence and the right mindset we can, as I concluded in my research column, make measures human.